It's my birthday!  I gave myself a castle! 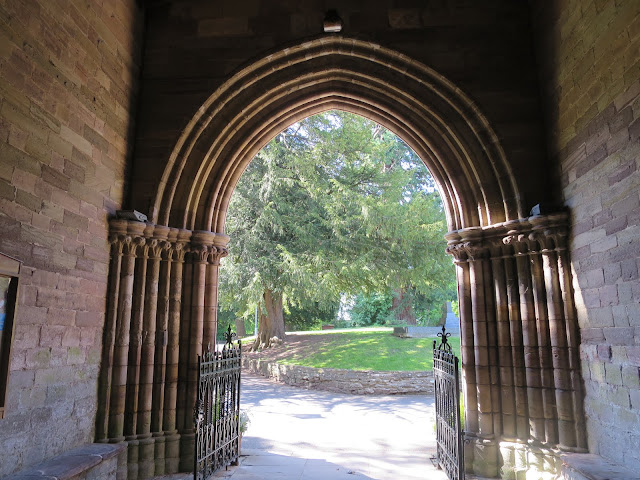 After being out in the Somerset Levels, I had a day in Bristol.  I came in on the Park and Ride bus, and got slightly turned around, but once I'd found the tourist info building and picked up a street map, it was full steam ahead. 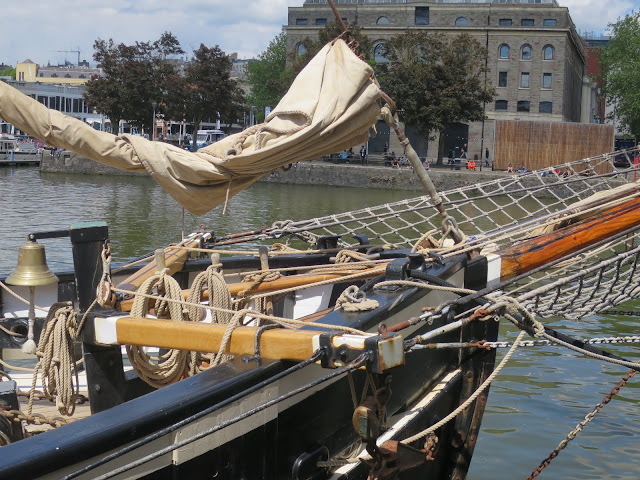 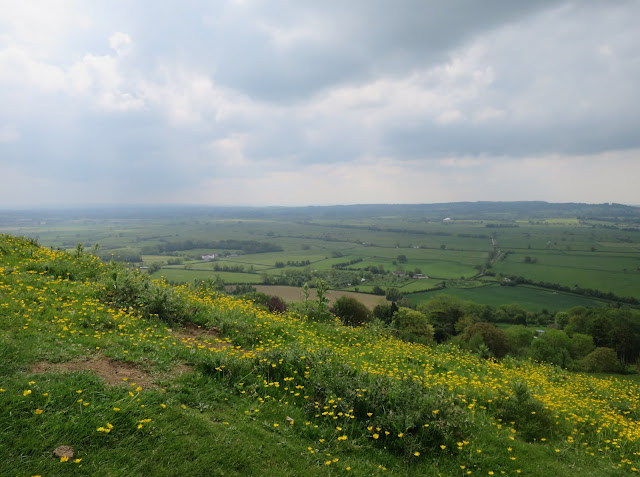 For my birthday this year, I did a little road trip...
Read more »
Posted by Michelle Barnett at 23:29 0 comments

Some friends invited me on a day trip to Yorkshire - somewhere I'd never really been before!  We were walking a route to the famous Malham Cove, and I don't think there were many geological features we didn't come across on the way.  Plus we had gorgeously hot weather.  I wore shorts and a Tshirt the whole day!

For New Years, I went to visit my friends in Harlech, North Wales.  We've not seen much of each other since they moved so far away.  To spend so much time with them was lovely, and the area is beautiful. This is the view from their driveway. 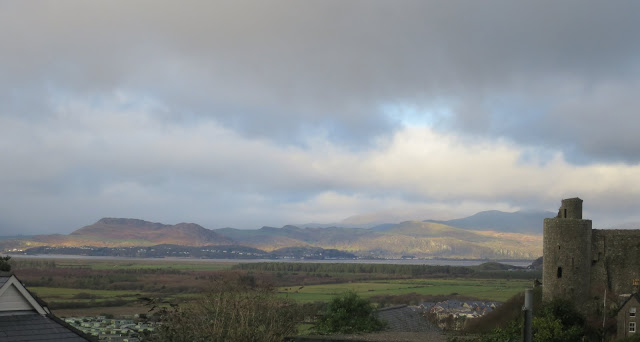 Harlech Castle in the foreground, the beach and bay behind, and then in the distance, the mountains of Snowdonia.  Surely people don't actually LIVE in places that look like this.  But they DO!

Did my usual pilgrimage up to the top of Beacon Hill to watch the sun come up on the shortest day of the year.  It was just me and Craig this time, and its always a gamble as to what you're going to get in terms of visibility.  But I seem to be lucky more often than not, and it was another stunner. 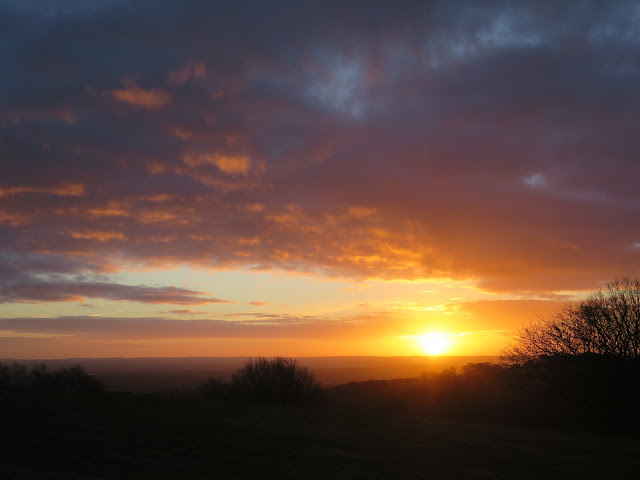 I pulled a tendon in my foot at the end of August, at the worst possible time.  They take a notoriously long time to heal - a couple of months even if you're letting them rest properly, which I... did not.  I had no time for that so I resorted to a lot of sports tape and sensible shoes.  I had places to be... 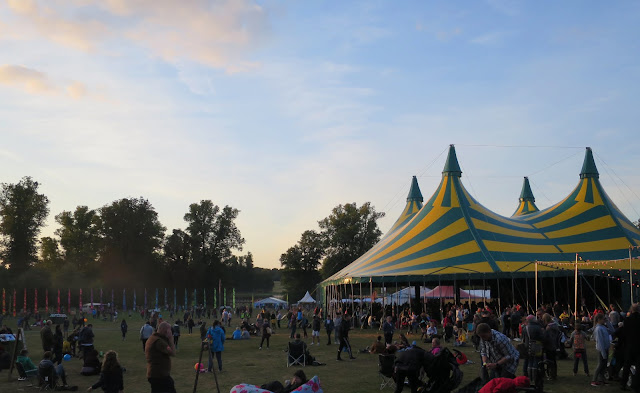 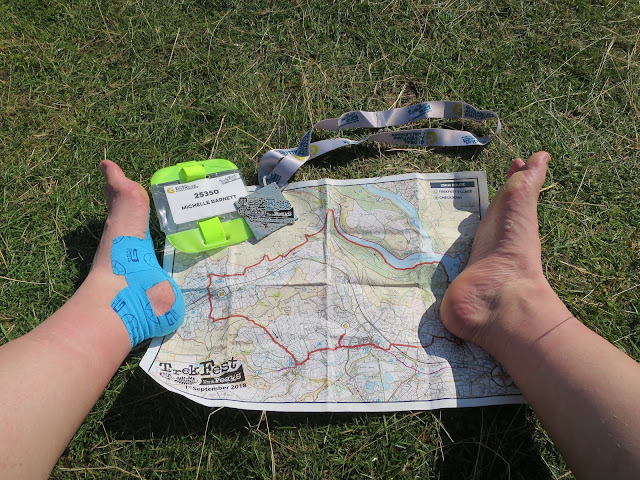 At the end of August my youngest sister and I went on a little roadtrip.  We visited our grandparents in Dorset, our other sister in Bristol, and then made our way back sightseeing historic National Trust houses through Hampshire and Surrey.  However, with a small detour into Wiltshire, we got to see something neither of us have ever seen before...

It was autumn, it was warm, it was dry... I had a real need to go walk in some crunchy leaves.Since I'm trying to invite more friends to more things, I put out a message to see who might want to come with me, and thus the Woodland Adventure Posse was assembled! 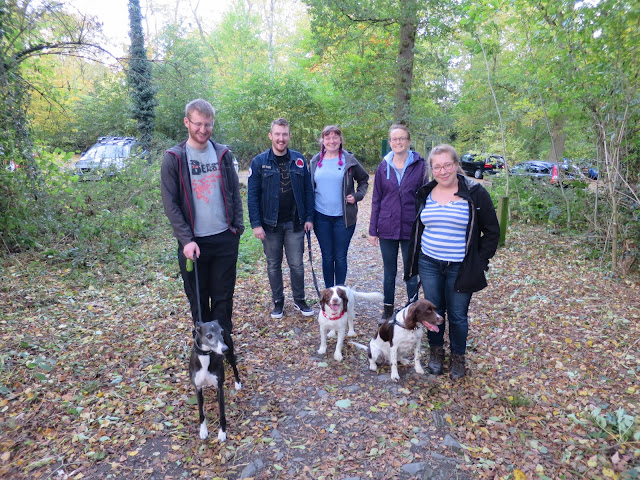 To be beside the seaside - North Norfolk Coastal Path part 3

We're back at the beach! Yaaaaay! 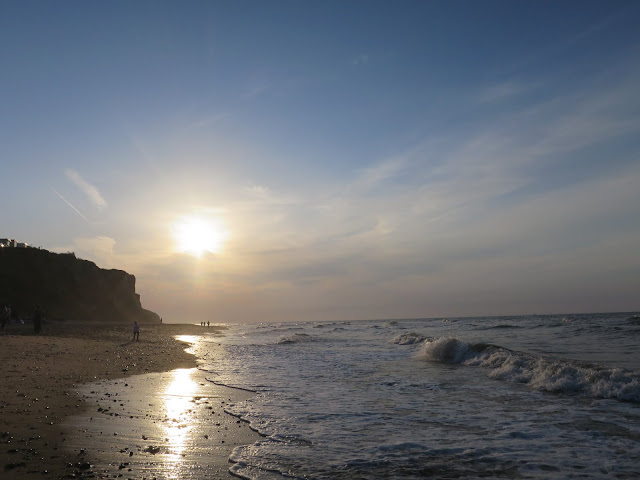 It's our last day!  We had to be out of the apartment in the morning, so we packed up the car and then went down to the Harpa, Reykjavik's concert hall.  In a country of dramatic yet minimal landscapes, it makes sense to me that their sense of design would have that same simplicity and stark grandeur.

Today we did a day's tour of the south coast by coach.  Normally we'd have taken ourselves, but actually the coach trip turned out to be really informative, and of course everyone got to look out the window rather than having to drive.  So much to see! 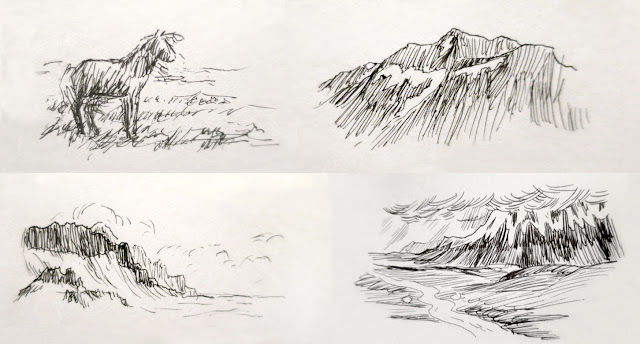 After heading out through the familiar mountains around Reykjavik, you drop down onto the coastal lowlands (passing Selfoss, the ice cream making capital of Iceland).  There are lots of small firms dotted about here - we pass a microbrewery on the site of what used to be a women's prison.  It just looks like a little house in the middle of nowhere!

There is a mountain range though, to our left (north).  Up there are the glaciers, and the active volcano Eyjafjallajokul, which erupted in 2010 producing enough smoke to stop air travel across most of Europe for an entire week.  It seems calm today!

We're also going to see a lot of waterfalls.  Here's the first; Seljalandsfoss. 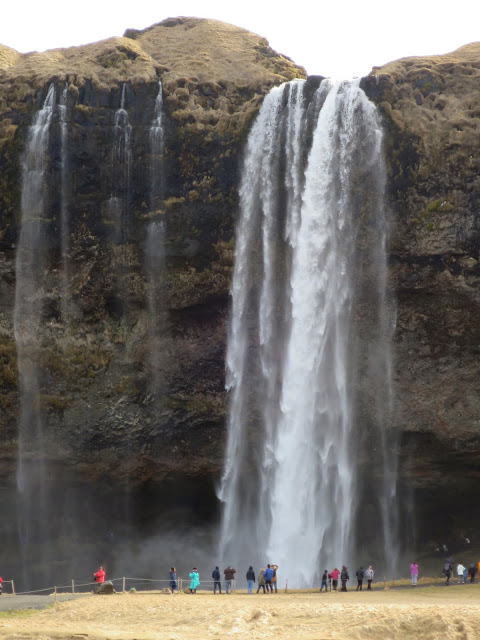 After yesterday's excursion, we had a very lazy start today.  Dad was a bit ill, so it was a slow breakfast and sauntered out of the house at 11am, heading down to Reykjavik harbour. 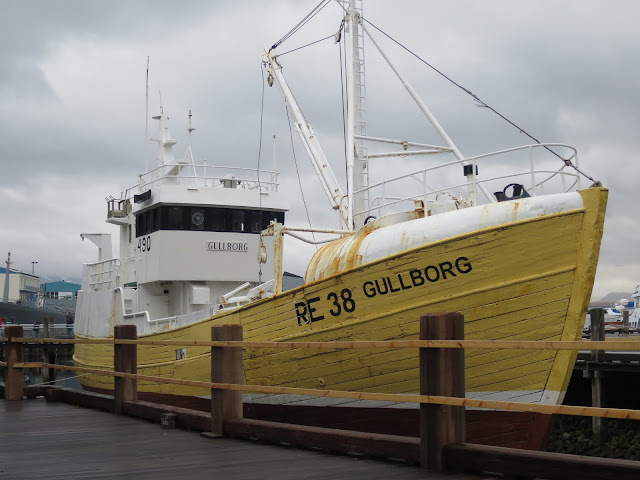 It is Wodin's Day - Wednesday!  Drove out of Reykjavík to persistent light drizzle and persistent heavy wind!  There are no trees here to stop it, and large areas of flatness that the wind charges over.  It's still the tail end of winter here, but we came prepared.  Layered up and waterproofs on, we went out into the authentic Icelandic weather experience!

Our first leg was to drive past Lake Þingvallavatn to Þingvellir, the site of the alÞing. (You pronounce the 'Þ' like a 'th', by the way).  This is the original Icelandic Parliament, which recently celebrated its 1100 year anniversary.  Each year all the clans in Iceland would march across to this wide river valley to exchange news, reaffirm the law and deal with any national issues.  It's right on the edge of the National Park, so when we weren't busy trying not to be blown away by the frankly ridiculous amount of wind, the views are lovely.  You could spend a really long time just wandering the many easy paths around the valley if you wanted to. 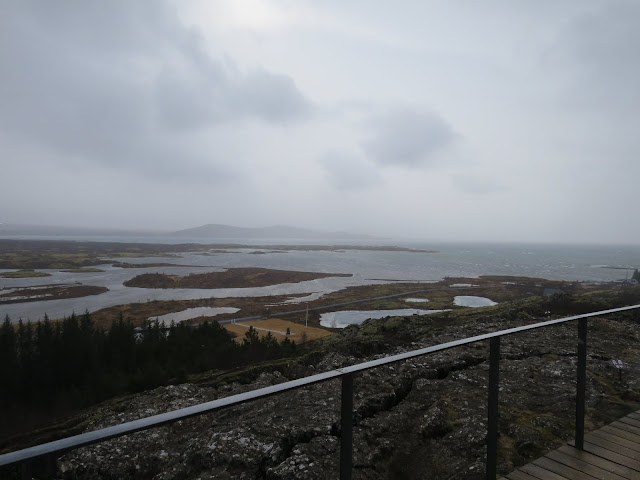 Stepping out of Keflavík airport in Iceland, the first thing I'm aware of is a very faint scent of something like egg.
Sulphur.

Iceland is a young island, relatively speaking.  Younger than Scotland, and igneous almost down to the roots.  It is the result of lava pouring up out of a crack between the American and European continental plates, eruption after eruption forcing land up out of the sea.  It feels like it too, as we drive the hour to Reykjavík - me, my parents, and my youngest sister Emma.
It looks a long way on the map, but takes us only an hour, which gives you some idea of the size of the island.  It's big, a similar mass to England, but still not as big as I assumed, and startlingly spare in terms of foliage.  The wind whips across moorlike spaces that would seem bleak if not for the sun rolling out every so often to spotlight particular parts of it.

It's that time again! 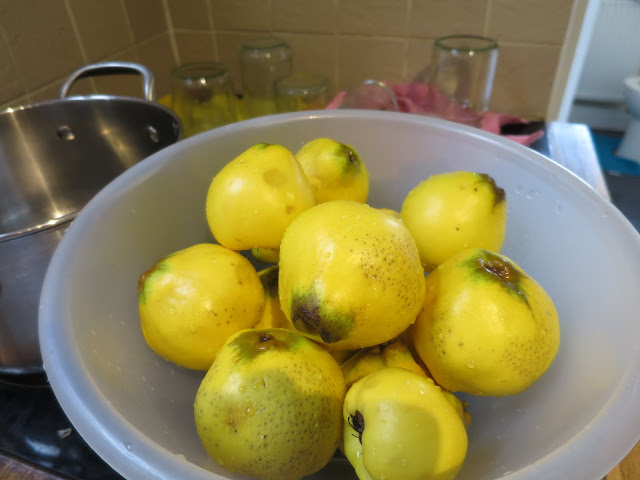 Got up and checked out early to give Jenna, another guest, a lift to Moretonhampstead where she was catching a bus. It was a drivingly wet day on the high roads, and persistently drizzly as we came down, so I was glad I'd chosen today to see some of the villages.  I was heading North East to my sister's in Bristol, and there were a couple of stops I wanted to make on the way... 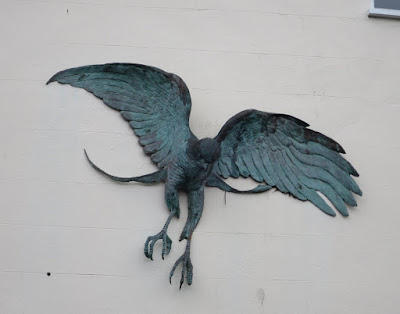 I ad a little lie in this morning while the others showered, but I still managed to be on the road by 9am.  I drove through the picturesque little village of Widdecombe-in-the-Moor, slowing down for ponies on the verges and cattle being herded down the road by a farmer on a quadbike.

Up around 8am today, breakfast, and then off for the first walk of the day, up Bellever Tor which is just outside the hostel. 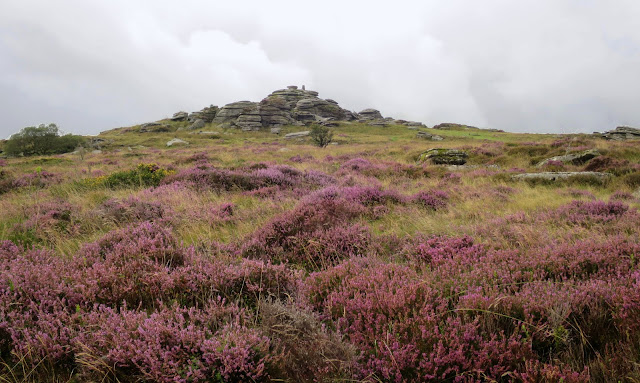 Drove to Dartmoor - a harder task than it looked!  It was a drizzly morning in Dorset, but as I got into Devon everything went very grey and saturated and 'orrible.  I was driving through quite a thick fog bank at one point, and getting rather worried!  However as I got towards Exeter it ended up as just a bit spitty and even a little blue sky.
Getting onto Dartmoor is a mini challenge in itself.  Once you turn off the big roads suddenly it's all steep climbs and sudden turns, much like the Peak District, and then you pop out the top onto an expanse of moor like entering another world.  There are vast spaces, Tors everywhere you look, moor ponies (shaggier and rougher than their New Forest counterparts) and the heights were hidden in clouds.  As was Princetown, where I was meeting my walking guide Simon Dell. 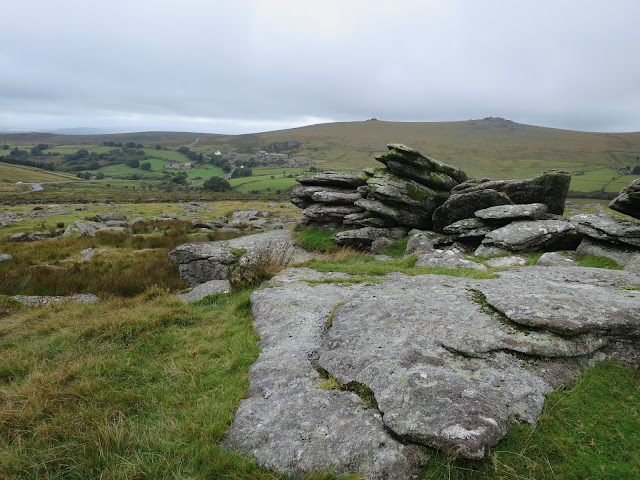